Two nights ago, Kshitij and I went to Whole Foods to take a look at the seafood. We had planned to go out for Mediterranean food afterwards, but while there, we decided to go for a seafood dinner instead. We bought some wine and cookies, then went on out way to the Fish Market Restaurant here in Birmingham.

I hadn’t had seafood in forever, and K’s view of seafood was fish; although he has had crab cakes before. But I wanted to show him that there was so much more to seafood than Rohu and crab cakes. It was an exciting night for me, as this was the first night we had gone out together since he has been back in the states. We’ve pretty much been lounging around the house and cooking at home the entire time. I really enjoyed picking food for him to try. I had him try raw oysters and calamari. For an entree he got crab legs and I got stuffed shrimp. It was an amazing night.

Here he is having oysters for the first time.

Here’s the plate of crab legs. I ended up helping him crack the shells and get the meat out for him.

So last night I was still on a seafood high, so I stopped by one of the seafood markets and picked up 3 pounds of fresh Louisiana crawfish

and a half pound of Alabama shrimp.

I decided to do a boil, so I picked up some seasonings and a small bag of potatoes,

along with some corn. I also picked up a package of Alabama Conecuh Hickory Smoked Sausage.

So, needless to say, it was a really nice night. This was his first time having crawfish as well. I am really enjoying introducing him to new things. I think it is safe to say that my seafood kick is over, though. I guess today will be back to cooking at home.

So, if you would like to try your own crawfish boil, or any kind of seafood boil, it is really simple. Here is what you do:

Getting the water ready 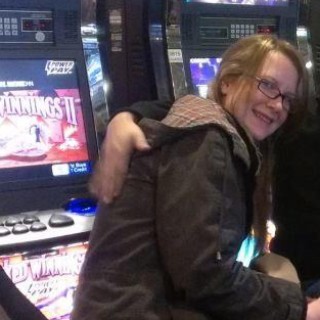 I love to cook and entertain. Cooking is therapeutic for me. I like to feed people. They say that food shouldn't make a person happy. I call BS. Why shouldn't food be comforting? I have traveled to Singapore, Nepal, and India. I will use this blog to share what I do in the kitchen as well as share everyday random details.